Home’s Style Returns to the Kitchen with a Custom Flourish 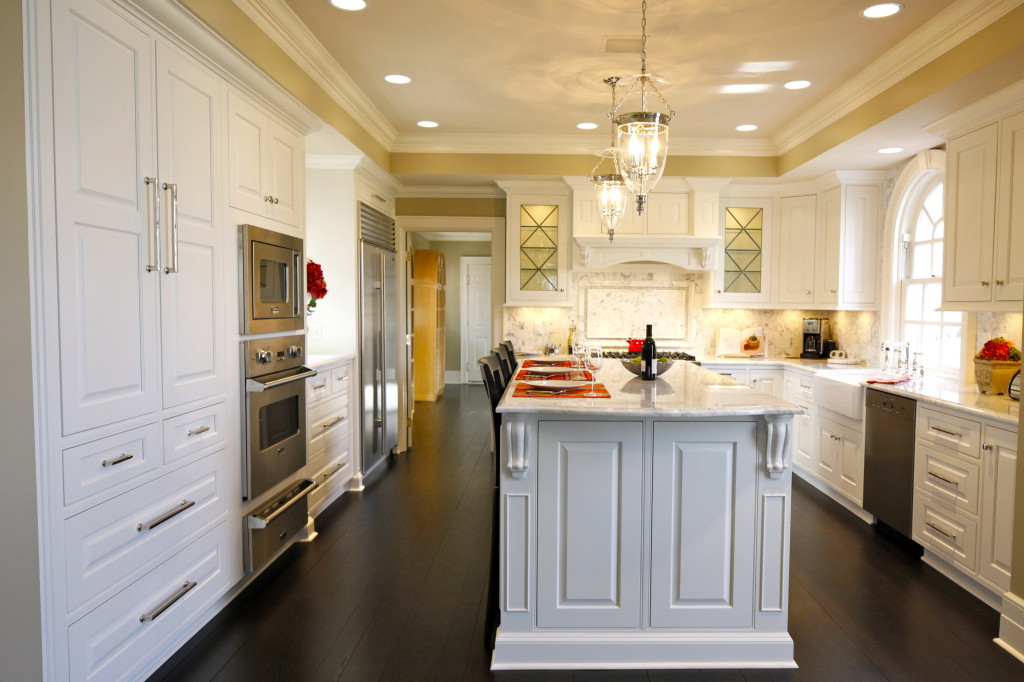 Although it had been in the Parade of Homes back in 1993, the 6,000 sq. ft. Georgian style home in suburban Columbus, Ohio, had seen better days and a better kitchen. A couple relocating from California bought the house with the knowledge that some things had to be done, starting with the kitchen, which designer Jim Deen described as “belonging in a log cabin out West somewhere.”

With white trim and white doors throughout the house, the home’s previous owners had gone with a pecan color for the kitchen. Along with a peninsula that cut it off from the rest of the house, this kitchen “just didn’t belong. It didn’t make sense. You scratch your head and say, ‘I don’t get it,’ “ explained Jim, who is president of Kitchen Kraft, a full home design/remodeling firm located in downtown Columbus, Ohio.

So the couple came to Jim to gather some cabinet and other options. The husband’s father had been woodworker, and with that background the homeowner understood woodworking quality, fit and finish. “They were looking at other lines, but when they came to Grabill he was done. That was the one for him,” said Jim.

As the owners and Jim discussed other parts of the house, it became clear that a whole house makeover was needed and Jim was launched into what proved to be a three-month project. In the midst of it all, the kitchen remained a primary focus and Grabill’s custom capabilities proved invaluable in fulfilling the design Jim envisioned.

“Everything but the refrigerator and sink was relocated,” said Jim, who used an inset Georgetown door style in maple, with a super white finish that perfectly matched the doors and trim throughout the house. 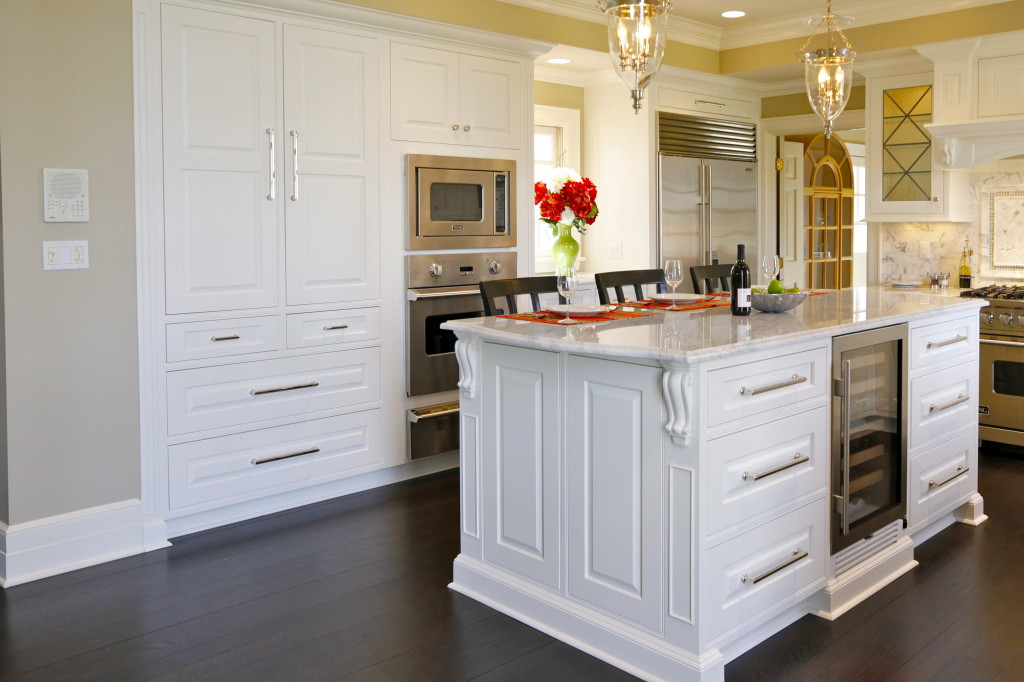 Jim found Grabill’s help with all the custom details involved in these features immensely helpful. For example, “the hood design was impossible to figure out,” said Jim. “I took the concept to Mike Gross at Grabill and he started asking questions to get the right size corbels, make sure the projection wasn’t too deep, and just make sure that everything was perfect. With his guidance we were able to achieve what we wanted.

“Their layout department makes it easy. They will take a drawing of your concept and start asking questions about things I didn’t think about.”

Jim has been working with Grabill for a year now and calls his experience with the company “fantastic,” saying “typically when I use Grabill it’s for custom work that normal manufacturers will not do.”

As for the client, the couple is now out of their temporary condo and into their house, in all its rejuvenated Georgian splendor. “They couldn’t be happier,” said Jim. “They said we’re smelling like roses.”

This kitchen is also featured in the Winter 2012/2013 edition of Signature Kitchens & Baths magazine.